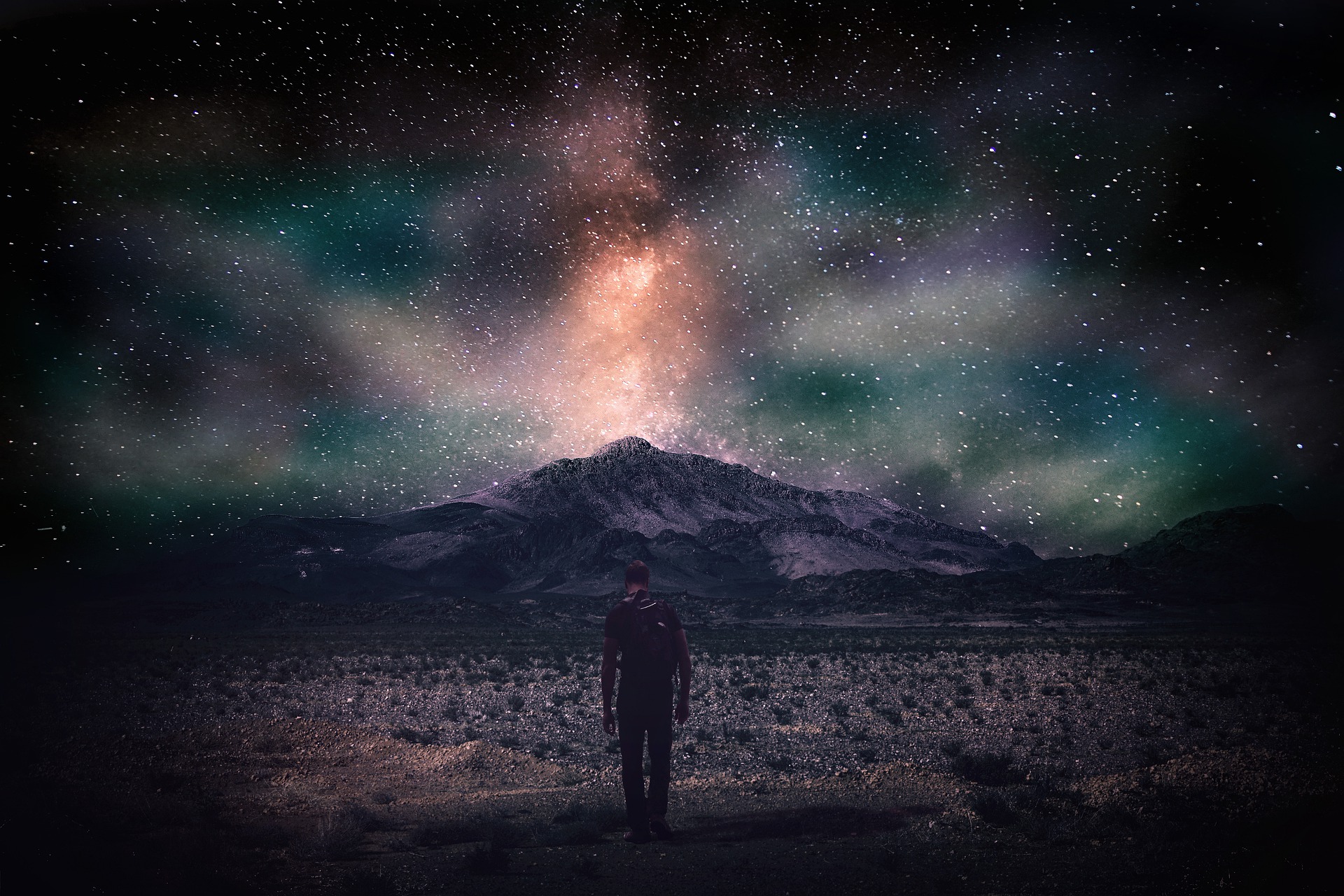 In my earlier life, I studied science. With a Bachelor of Science degree and a specialist leaning in food science that took me into a career of big-scale chocolate production, I achieved the level of Associate of the Royal Institute of Chemistry. Armed with this background I spent my entire career immersing myself in things of a scientific nature. My world was a world of facts and realities; things I could explain with formulae and scientific equations.

When I entered my forties, I encountered a different world – the world of philosophy. I joined the School of Practical Philosophy, which teaches its students to look for a spiritual understanding of life. It embraces both western and eastern philosophy as well as all religions. For me, it was a mind-broadening and deeply meaningful journey of discovery that was to define who I was for the next fifty years of my life.

One of the areas of interest, perhaps because of my background and career, remained the cross-over between philosophy and science, an area of study that has some of the greatest minds grappling and arguing – sometimes even agreeing! As I approach my 90th birthday, I am struck by a new awareness that the two halves of my life are drawing closer together. I believe we are living in a world where science and things spiritual and philosophy are starting to merge.

I am currently reading a book by Dr Deepak Chopra: Life After Death. It has triggered all sorts of thoughts. Chopra is a more commercial writer than I normally like to read but he has helped his readers make sense of often inconceivable concepts. I am not a man of religion, but I have become a man of deep spiritual beliefs. I cannot pretend to know what happens after we die, but philosophy teachings, and more recent studies from the scientific world, have me convinced that life, in some form, continues. Forever.

First let’s talk science. Quantum mechanics is a fundamental theory in physics that gives us a description of the physical properties of nature, right down to its basic elements of atoms and subatomic particles. In other words, everything is made up of quantum particles. Every person, and everything. Every aspect of creation.

Niels Bohr, a Danish physicist wrote: “Those who are not shocked when they first come across quantum theory cannot possibly have understood it.”

No, I do not fully understand quantum theory – and I also find that I am not shocked. The idea that everything is made up of quantum particles has me wondering about the continuation of life. We know that quantum particles cannot be destroyed. They can change. They can be affected. They can mutate. But they do not disappear.

We also know from science that time is a man-made concept. Einstein famously said:

“The distinction between the past, present and future is only a stubbornly persistent illusion.”

So, what am I? I would answer that I am everything that is now. No past. No future. Just now. I would answer that I am beyond everything. I am more than the flesh and blood reality of my existence on earth. Whether you turn to quantum particles to understand the eternal existence of life as we know it or if you accept the fact that there is a part of you – call it your consciousness – that is part of the universal whole in this world, and by nature is eternal, the result is the same. In some form, we continue. Upon death, we become part of the greater unity.

The ancient Indo-European language of Sanskrit has also led me through many important works. One of the most important I read is the Bhagavad Gita. Considered to be a doctrine of universal truth, it too writes of the never-ending continuum of life and death. “For the soul there is neither life nor death at any time.”

One Sanskrit word that stands out in my mind is the word “Advaita”. It associates itself with non-dualism or “not-two”. The essence of most ancient philosophy is unity. Most Eastern religions, and certainly most eastern philosophy accepts the concept of there being a unified intelligence. Whether you think of it in scientific terms, seeing everything as quantum particles, or if you observe on a spiritual level where we are all part of the same whole, then you come closer to understanding what leads my thinking on both life and death. There is a single unity that embraces the world. Life and death are not separated by an impassable wall.

Allow me to take some final words from the Bhagavad Gita: “It is better to live your own destiny imperfectly than to live an imitation of somebody else’s life with perfection.”

Life is forever. Life is perfect.

Mr Gordan Adams is a past student of the Durban School of Philosophy, he tutored for many years. He also held the position of communications person and organised monthly School meetings of a topical nature and for discussion.

I joined the school in October 2015. At the time I was a short-tempered young man and very bitter. My life was a mess, nothing I tried seem to work. And then classes began. In the beginning it was odd for me, it sounded so mystical and I never thought I’ll get the hang of it. For some time I would miss my practices at home, and be sustained by the group session. But then some shifts began to emerge in my life, I became more peaceful and could accept others as they are. Then I could accep… END_OF_DOCUMENT_TOKEN_TO_BE_REPLACED

I was in search of an authentic institution for Meditation for some time and found exactly what I had been looking for when I joined the School of Philosophy.  I instantly felt that I am in the right place.  The Teachings and the Facilitators are excellent.  The result – positive changes in my life. I am inspired and attending Class is something that I look forward to week after week.  I’ve met the most dignified and refined people. A Teaching I use daily which I learnt from the Sc… END_OF_DOCUMENT_TOKEN_TO_BE_REPLACED

“I go to the Philosophy School because it has helped me think about things I had not given much thought to before. It has helped me to think in a different way and to find new perspective on life, to focus on working out what is important, and to rediscover some of the joy in life which was there all the time. And it is great to do this with a fun bunch of people who are also searching and thinking and wanting to understand. It can lead you to a new dimension in your faith. It gives you time t… END_OF_DOCUMENT_TOKEN_TO_BE_REPLACED

Over the past few years I have been part of the School of Philosophy and one of the great lessons has been looking at oneself rather than others. It says a lot about us when we judge another. I didn’t think I was judgemental person (maybe not outwardly or obviously) but as I learned what it is to truly love and accept other people I realised that there was plenty for me to work on. We are all living life through our own layers and conditioning. We cannot see other people’s layers so lets not be … END_OF_DOCUMENT_TOKEN_TO_BE_REPLACED

“I go to the Philosophy School because it has helped me think about things I had not given much thought to before. It has helped me to think in a different way and to find new perspective on life, to focus on working out what is important, and to rediscover some of the joy in life which was there all the time. And it is great to do this with a fun bunch of people who are also searching and thinking and wanting to understand. It can lead you to a new dimension in your faith. It gives you time t… END_OF_DOCUMENT_TOKEN_TO_BE_REPLACED

“Studying philosophy has kept life fresh and interesting. I am able to be objective and less limited by past conditioning. It has given me courage to feel deeply without being afraid of becoming lost. I have an inner steadiness and calm which endures through any storm. I have learnt the freedom of complete honesty and the value of good company. I am never alone.” “Studying Practical Philosophy has not only brought depth, understanding and meaning to my life, but showed me how to experie… END_OF_DOCUMENT_TOKEN_TO_BE_REPLACED