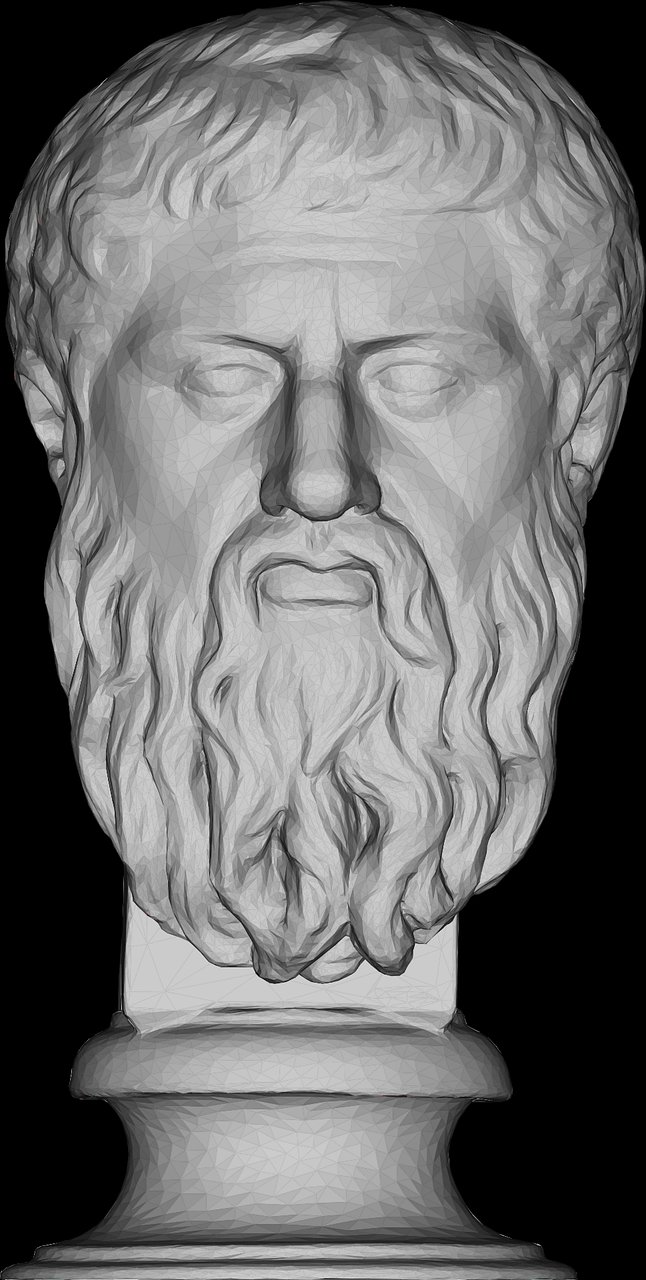 Despite studying the dialogues of Plato for the past 30 years or so, this is the first time that I have attended a Plato week and I am honoured to have  finally experienced the event. Unfortunately, this event had to be held online via Zoom due to the Covid restrictions, but nevertheless we managed to get together with students from around the world and around 320 students got to attend the event thanks to prevailing technology.

The tone was set by Dr Horan (who is both the leader of the Irish School and translator of the entire works of Plato) by referring to an autobiography of Fredrick Douglass who was born a slave in the south of North America during the 1800’s. Life for him was brutal and he seemed destined to die a slave but for the intervention of his benefactor, Father Lawson who told him that the Lord had a great work for him to do. the good Lord would bring it to pass in his own good time, and that he must go on reading and studying the scriptures. The advice and the suggestions of Uncle Lawson were not without their influence upon his character and destiny. He said it threw his thoughts into a channel from which they never entirely diverged. When he asked how these could come about, he was told to trust in the Lord. When he said that he was a slave, and a slave FOR LIFE, he was told that the Lord would set him free and that all things are possible with him, only have faith in God. Thus assured, and cheered on, under the inspiration of hope, he worked and prayed with a light heart, believing that his life was under the guidance of a wisdom higher than his own.  The turning point for him was when he overheard his master saying that if the boy gets an education, he will no longer be a slave. A truly inspiring account and well worth a read.

Two study pieces were made available to us the first being excerpts from Plato’s Laws and Plotinus on Providence. The former deals with the Laws that would need to be enacted in Plato’s vision of an ideal society and the passages we were introduced to highlighted, among other directives, the importance of the education of children from birth even when the baby is still in the womb. It needs mentioning that education for Plato wasn’t so much the scholarly type but that education that brings out the Good that resides within all of us. Other topics presented were inter alia the appointing of officials, equality and justice, marriage, possessions, slaves, procreation, the ancestral laws and lifestyle and music. It was emphasised that there is no necessity for us to make laws but only to enter into an enquiry ourselves about political systems in general and what’s best and essential may be brought about.

We further discussed how the soul becomes tyrannised by passion, fear of pleasure or pain, envy and desire and whether they cause harm or not. The point of laws should be to educate primarily and to lead one to happiness and punish crimes committed both intentionally and unintentionally. Further he makes the startling statement that no one commits and injustice intentionally. This last point was discussed exhaustively in our groups and the consensus reached was that if a soul were well educated, had clear access to reason, it would be impossible to commit an injustice thereby confirming the necessity of a good and liberal education.

The other text we studied was Plotinus on providence. This proved rather difficult to understand. For me however, it reconciled the oft repeated argument that if God, or the Absolute or whatever name we give to the cosmic sustaining and creating force, does indeed intend no deprivation, why then does this God allow all the evil we see to prevail? Some even suggest that this creation comes about as a kind of mistake and deny the existence of what he calls the One. “It is unreasonable to suppose that the world is produced by chance, but there are difficulties about universal providence (foresight, prudence) which ought to be discussed. This universe is the everlasting product of the true, eternal universe of Intellect, which is at unity and peace with itself (ch. 1). This universe is not truly one: there is separation in it, and therefore conflict. It is not the result of any kind of planning or decision, but the natural product of Intellect, necessarily inferior because of its material element but with its own kind of harmony dominating its conflicts (ch. 2). It is good as a whole, and everything in it is good and seeks the Good, each in its degree (ch. 3). The destruction of one thing by another is necessary and leads to new life. Disorder and lawlessness result from failure to attain the good and lead inevitably and justly to punishment (ch. 4). Evils often lead to good, for the whole or the individual (ch. 5). How can we reconcile the obvious injustices of human life with providence?”

Time prevents going into more detail but what can be confirmed that the method suggested to benefit from this study was profound. The text is firstly read out loud, then read quietly on one’s own, then to quietly reflect on what was found important and finally to express one’s thought and observations to the group. The final step was to allow the heart to open and to accept the purport of the texts in one’s heart where it would not be lost or forgotten. Of further use were the series of excellent talks given by various people on law and education among others. Also very useful were the plenary meetings where we could listen to the observations of the wider group. What was particularly relevant for me as a South African was the statement from Fredrick Douglass that when one receives an education one can no longer be a slave. The wider implications of this, is that we cannot be enslaved by our erroneous thoughts and opinions once we are blessed with a good education.

In summary, it highlighted the need for true education from birth and before, subjecting the thoughts and opinions we hold as true, to a process of reason, to maintain that middle path where one is not averse to pain nor attached to pleasure, to live a life where we follow the direction of the wise and in all endeavours, to remain inwardly still and to avoid those activities that excite the soul thereby cleansing the thoughts of our hearts. And as far as possible, to fix our gaze on the Good.

In closing I sincerely thank Dr Horan and his organising team for the well-considered material and his efforts translating the dialogues of Plato (last done 150 years ago by Jowat) and to all the students in my group as well as the School of Economic Science and Philosophy and the Adwaita teaching for ultimately making this all possible.

I was in search of an authentic institution for Meditation for some time and found exactly what I had been looking for when I joined the School of Philosophy.  I instantly felt that I am in the right place.  The Teachings and the Facilitators are excellent.  The result – positive changes in my life. I am inspired and attending Class is something that I look forward to week after week.  I’ve met the most dignified and refined people. A Teaching I use daily which I learnt from the Sc… END_OF_DOCUMENT_TOKEN_TO_BE_REPLACED

Over the past few years I have been part of the School of Philosophy and one of the great lessons has been looking at oneself rather than others. It says a lot about us when we judge another. I didn’t think I was judgemental person (maybe not outwardly or obviously) but as I learned what it is to truly love and accept other people I realised that there was plenty for me to work on. We are all living life through our own layers and conditioning. We cannot see other people’s layers so lets not be … END_OF_DOCUMENT_TOKEN_TO_BE_REPLACED

“I go to the Philosophy School because it has helped me think about things I had not given much thought to before. It has helped me to think in a different way and to find new perspective on life, to focus on working out what is important, and to rediscover some of the joy in life which was there all the time. And it is great to do this with a fun bunch of people who are also searching and thinking and wanting to understand. It can lead you to a new dimension in your faith. It gives you time t… END_OF_DOCUMENT_TOKEN_TO_BE_REPLACED

“Studying philosophy has kept life fresh and interesting. I am able to be objective and less limited by past conditioning. It has given me courage to feel deeply without being afraid of becoming lost. I have an inner steadiness and calm which endures through any storm. I have learnt the freedom of complete honesty and the value of good company. I am never alone.” “Studying Practical Philosophy has not only brought depth, understanding and meaning to my life, but showed me how to experie… END_OF_DOCUMENT_TOKEN_TO_BE_REPLACED

I joined the school in October 2015. At the time I was a short-tempered young man and very bitter. My life was a mess, nothing I tried seem to work. And then classes began. In the beginning it was odd for me, it sounded so mystical and I never thought I’ll get the hang of it. For some time I would miss my practices at home, and be sustained by the group session. But then some shifts began to emerge in my life, I became more peaceful and could accept others as they are. Then I could accep… END_OF_DOCUMENT_TOKEN_TO_BE_REPLACED